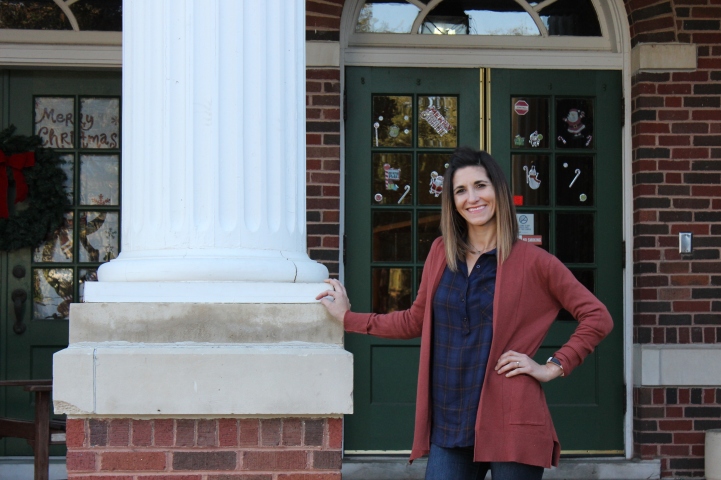 Robin Rivera poses outside of Dan Waggoner before class. Photo by Hannah Onder

Robin Rivera, a Master of education student, smiles for a photo before class. Photo by Hannah Onder

Robin Rivera, a Master of education student, who has a focus in reading, looks through books left in the mini library in front of Dan Waggoner. Photo by Hannah Onder 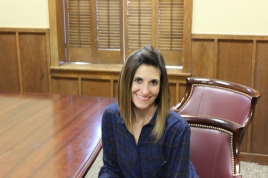 Robin Rivera poses in front of Dan Waggoner decked out for the holidays. Photo by Hannah Onder

Robin Rivera takes out her notes for class. Photo by Hannah Onder

Robin Rivera, who works as a dyslexia interventionalist, looks through a mini library in-front of Dan Waggoner. Photo by Hannah Onder

Rivera, a graduating Master of Education student at Texas Wesleyan, had originally graduated with an undergraduate degree in history in 2007 from the University of Texas at Arlington with plans to work in a museum.

She began her job teaching in 2009, after being laid off from her job in the oil and gas business she had worked in for two years.

“At that point I really wanted a career that was stable and less fickle,” Rivera said. “That’s kind of what put my path towards education. I stuck with it because I loved helping kids. That’s been a passion of mine.”

Rivera came to Wesleyan in 2016 while working as a teacher for Fort Worth Independent School District at East Handley Elementary School.

“Now I’m a dyslexia interventionalist,” she said. “I work specially with children that have dyslexia. But prior to that, I spent eight years in the classroom, mostly third or fourth grade with one year in kindergarten and one year in first grade.”

Rivera likes working one-on-one with students because she can build better relationships with them, which is why she moved away from the more traditional classroom.

“I work in a very difficult area of Fort Worth, and it was just getting harder and harder to not take home what I was doing at school,” Rivera said. “I needed to do something different and take a step away from that. I found myself in this position (dyslexia interventionalist) and it’s been wonderful to have those relationships. There’s nothing like working with a kid one on one because the relationship grows, and your attention is not pulled in 20 different directions.”

One thing Rivera has liked about Wesleyan is all the relationships she’s built with her peers and professors.

“I didn’t have that kind of experience in my undergrad as far as that went,” Rivera said. “Class sizes were huge. It’s more of a commuter school at UTA: you go, you leave, and you go to work. Even though we come, leave, and go to work (here), we have the ability to make those connections and those friendships. I have friends that I’ll have forever not just in class, and I like that.”

Rivera also said all of her professors have made a big impact and that she plans to incorporate the teaching styles and strategies she’s learned here in her own classroom.

“I think they’ve impacted in different ways,” she said. “Dr. (Twyla) Miranda was just kind of everything you want to encompass; she was very outreaching, very kind, and yet stern enough to get her point across and teach you how to be a teacher. Dr. (Elsa) Anderson is nice but strict. Dr. (Lisa) Dryden is just so welcoming and makes you feel a part of everything. That takes a special quality in a person to make you feel welcome, not everyone has that personality.”

After graduating, Rivera plans to continue her current position as a reading specialist for elementary school students. However, she would eventually like to open her own clinic.

“(I want my clinic to focus on) reading intervention,” Rivera said. “I want it to focus on students with dyslexia and all other kinds of reading difficulties, and it would (probably) be in DFW. I love this area, but the wonderful thing about teaching is that everybody needs teachers. You can almost go anywhere with reading; you need reading for all things that you do.”

In the meantime, Rivera hopes to continue helping her students by serving as a role model for them.

“I had the privilege of growing up in a really great home, and my parents were always helping me with my school work,” she said. “I’ve always taught in the lower income areas Fort Worth, so typically the role models aren’t always there. I want to be a positive role model for children and help them in any way that I can whether that’s with school or with life in general.” 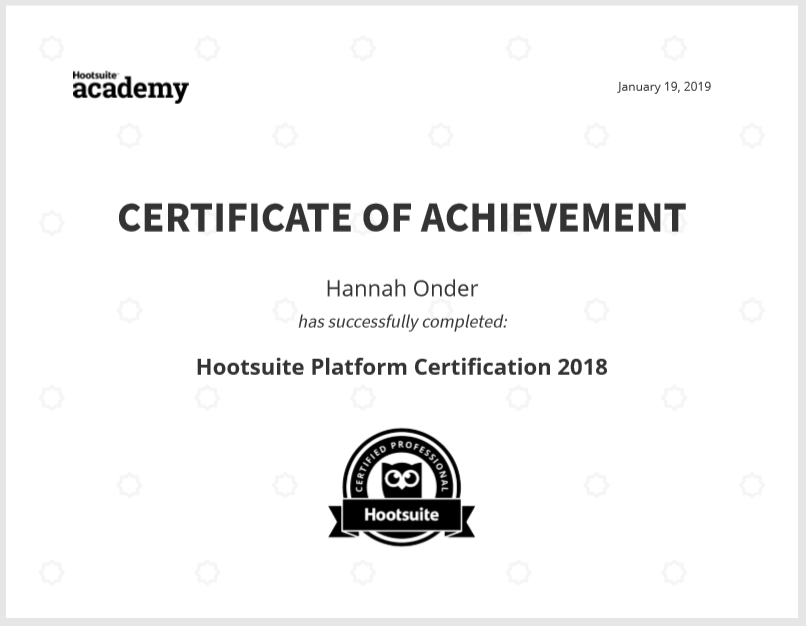